LISTENING WITH YOUR WHOLE BODY

What can you do to improve your hearing – to hear more clearly, to listen with more of yourself?

How can you listen more effectively to partners, friends, clients, and yourself?

The human ear – with all of its wonderful structures – is one aspect of good hearing and good listening, but not the only one.

Like vision, listening is integrated with movement, breath, attention, attitude, context and relationship. Therefore, improving our awareness of how we hear and how we listen can set the stage for improvement.

This seminar introduces a new approach to the hearing sense and listening skills, based on the Feldenkrais Method of somatic education, and incorporating the practice of mindfulness, along with insights from ancient and modern acoustical research, neuroscience, and a life in music.

This workshop is intended for all those who cherish their hearing, and especially for those for whom listening is fundamental to their life’s work, such as musicians, therapists, teachers, and others.

The workshop is largely experiential: exercises will be taught which can be used at home, including basic mindfulness, deep relaxation, listening as a diagnostic aid, toning, and fundamental Feldenkrais awareness exercises for the integration of spinal movement.

By developing an appreciation of acoustical health and its connection to physical, emotional, social and spiritual well-being, we hope to serve a larger goal: to improve the quality of our shared acoustical environment.

David Kaetz is a Canadian Feldenkrais® teacher, musician, writer and music therapist, leading workshops worldwide. His approach is clear, warm, and musical.  More information about his music and his work with musicians, here: www.davidkaetz.com.

“After twenty years of professional experience as a classical violinist, the changes I’m experiencing are as welcome as they are unexpected. The new ways of listening have also transfered to my playing and I’ve never known such visceral pleasure in the physicality of the sound”. – Participant in the  Listening with the whole self workshop in Vienna, Austria, 2015.

“David is a born teacher. His listening work improves hearing function and resonates in multiple dimensions that bring us into a larger wholeness as we listen to ourselves and others”. Donna Blank

CN: David, can you tell me a little about how you first had the idea for leading this workshop?

David: I’ve been a musician since I was a kid, and I’ve always had something of an issue with the idea that music is what’s on the paper on the stand in front of you. It seems to me that music is intrinsic to who we are as people. And yet somehow many people, as they grow up, lose access to music – occasionally by way of the darker side of “music education.” It occurred to me that if we were taught to walk and talk the way we’re sometimes taught music, we would not be able to walk without a map or talk without a script. Just as people with a sense of curiosity can walk without a map when they encounter a new landscape, likewise, can we not meet a new landscape musically, without instructions? Of course, study and practice are essential, but they are intended to liberate you, not to freeze you in dependence and the fear of errors.

I have been teaching music and improvisation since long before I was a Feldenkrais teacher. But the Feldenkrais Method takes us very close to the core of improvisation – how do we find the next harmonious move? We have to be present and listen. The method offers a context, and a set of tools, to refine this ability – in fact, a splendid set of metaphors for working with creativity in general.

CN: How do you do Feldenkrais work with musicians?

David: When Feldenkrais is mentioned with regard to musicians it’s often considered a way of unwrinkling them: of addressing their wrist problems, helping with their breathing, or dealing with professional difficulties that come with repetitive movements. And all this is true, but it’s not the end of the story.

CN: So working with their bodies instead of their music?

David: Yes. With experience in the field, it becomes apparent that the music that comes out of a well- tuned musician is a different music. Just as the music that comes out of a well-tuned instrument is a different music. It would be funny for a fiddler to tune only two strings on a fiddle and then try to play. Yet often musicians play without tuning themselves. That’s the poetic premise of the workshop: that the musician is where the music first comes from, so the musician needs to tune up first.

CN: So what does a “musical” ATM class look like?

David: First there is ATM – Awareness through Movement – and then there is MTA – Music through Awareness. We go back and forth from the mat to the instruments, the voice, and small group exercises, all the while building this quality of listening. The same quality of listening you get when you lie on the floor and you look for the harmony between the arm and the turning of the head. You’re listening to stress or harmony, to how things go together, to relatedness. How does the movement of the leg affect the breath? How do these things go together? Musicians are used to listening to apparently disparate things and finding how they work together.

It’s precisely this harmony that we’re looking for in ourselves: when a movement gets more harmonious, more and more integrated, until the entire self is felt to be somehow part of that movement. You could even say that we are composing ourselves. To compose, at its Latin root, means to put together. We’re looking at the spontaneous composition of music as we’re puttingourselves together.

What would you hope that attendees get out of your workshop?

I would want them to get what they want. Of course, I presume most people want to feel more composed, more harmonious, more free, more able to deal with the moment. Musicians, music students, or amateur musicians who want to be better at what they do, usually want to remove impediments to their freedom to improvise, their freedom to play, to rejoice, to meet in sound and silence. Often those impediments or hindrances are the same ones that keep us from moving freely. They’re learned hindrances.

Is there anything you’d like to tell prospective attendees?

Bring your instrument! Bring your voice, and bring your Feldenkrais mat. Comfortable clothes. These things, plus a bit of playfulness and curiosity and an idea of where you’d like to go, and we are fully equipped. I look forward to meeting you! 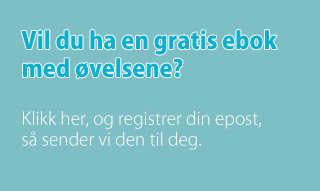 “David combines his knowledge of Feldenkrais with musical, emotional, and psychological awareness. He creates an open, safe, and warm environment for each student.” – Dena DeRose, Concert Artist, Prof. on Jazz Faculty. Graz, Austria
“As a violinist, the Feldenkrais work has not only sped my recovery from injury, but greatly enhanced my sense of physical integrity, ease and grace—even with an activity as “unnatural” as playing the violin!” Ingrid Matthews, performs on Baroque and classical violin and is the Music Director of the Seattle Baroque Orchestra “With ease, playfulness and a beautiful sense of humour, David guides you on a journey to explore spaces in yourself you probably never visited before. In this workshop I experienced myself as a precious instrument”. – Participant in the Listening with the whole self workshop in Vienna, Austria, 2015. “Thank you so much for the wonderful experience of being at your workshop and for the indelible experience that I had there. I had previously considered myself unmusical. I have never before felt each and every note of music in such a profound deep way, as if I too were a creator of the notes.” -M.I., psychotherapist, Victoria, British Columbia
“After years of back problems, the Feldenkrais Method has given me the ability to remain free of pain.  They are by far the most effective and pleasurable exercises I have ever done.” -Joseph Batkin, M.A.
“I feel like my skin is all ears.” – M.L., musician, Victoria, B.C.

You have Successfully Subscribed!